Biruwa, a truly unique and exciting place to work 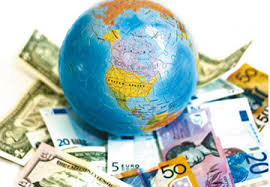 On 25th April, 2014 Samriddhi Prosperity Foundation hosted its latest edition of Econ-ity (Samriddhi Foundation’s regular discussion forum) on the proposed Foreign Investment Policy (FIP) 2014, brought to public’s attention by Ministry of Industry, Government of Nepal. The discussion saw presence of lawmakers, entrepreneurs, present and former members of the bureaucracy, legal experts, policy experts and journalists. The objective of the discourse session was to generate comments and feedback on the proposed policy for further betterment of the policy draft.

Biruwa Ventures Pvt. Ltd being one of the discussant in the program makes this attempt to present the concerns of Nepalese entrepreneurs about the proposed policy. By incorporating concerns of other stakeholders also, we found that the policy draft, by and large, appears to be driven by illogical FDI myths, thus in effect, detrimental to SME’s, aspiring entrepreneurs, and small investors.

In particular, we have serious reservation with the ‘Investment Threshold’ set for different sectors, and partly also with the ‘one size fits all’ approach adopted in the policy draft. Having incorporated views of other policy stakeholders, it was also found that the suggested policy has shown lesser regards to our economic realities, for we must acknowledge that (i) we are becoming a knowledge & innovation based economy; (ii) companies growth cycles are different; (iii) innovation and growth is taking place in between sectors, and value chains; (iv) SME is the key growth sector for Nepal; (v) brain gain requires favorable investment policies; and (vi) smaller investments pools provides a vital source of investment capital. These concerns were expressed a year ago as well when the FITTA 2070 was discussed. But, it seems the current FIP Draft has not been adapted to these concerns.

The proposed draft policy has raised the minimum investment threshold by four times on the ground that slower growth of employment opportunities and productivity; and that larger investment didn’t occur in the period when threshold of USD 50,000 remained in effect. However, no direct reference has been made to the political insurgency and crisis during that period. The weaknesses of other policies and regulation in areas like foreign exchange, immigration, customs, hydro-power, industrial enterprises, et al that complement FDI policy and its effectiveness has also been significantly understated. Nepal has a very poor country rating, the reason why bigger investment commitments are deemed riskier. But it hardly seems that the policy draft have been architected in a way that addresses these issues.

Equally noteworthy is the fact that factors of production not just includes financial capital. It also comprises legal, physical and human capital. Raising investment threshold might lend itself to diminishing rate of returns if other resources fall short of the optimum requirement, which in our case is more likely. On a similar note, a higher investment threshold might promote moral hazards on part of businesses/entrepreneurs and foreign investors. Lofty business plans and inflated financial projections to meet the threshold might be some of the upshots of such regulation. After all, the difference between a small and big business is not just the capital.

The investment threshold has also neglected ‘Absolute Disadvantage’ issues as per the geographical and investment domains of the economy. The question is: If foreign investors want to establish a below 3-star hotel in Jumla, what is the problem when domestic investors are not willing or capable?

The general issues identified above have been explained in detail below:

1. Developing a Knowledge and Innovation Economy

High investment threshold limits Nepal ability to incrementally develop enterprises in a knowledge and innovation economy. For example, herbal processing would require a minimum of $2 million investment (lower if technology transfer requirement is met). Will a $2 million threshold automatically help to promote this sector? Several herbal entrepreneurs have expressed interest in creating value added products such as fragrances and soaps from the raw materials like essential oils. Their experience shows that a mere $20,000 investment with technical and knowledge support can be adequate to test and/or establish a soap making and marketing facility. There are several other sectors that operate in a very similar way. If a foreign investor is willing to take the risk and provide the needed financial and technical support, then why should an entrepreneur’s ability to establish their business and operation be restricted by an arbitrary investment threshold?

It is critical that Nepal develops policies that allow for value addition even at lower amounts of investments. Our advantage lies not in bulk manufacturing but in creating niche products. Experiences in other countries have shown that sustainable economic clusters mostly develop organically through smaller investments, and more importantly by sharing knowledge and collaborating. Moving beyond just exporting raw materials to value addition requires a freer flow of capital and knowledge, which the recommended policies limit.

Companies, especially technology companies, are increasingly being built with new business models and growth cycles. Facebook was started by a college student with very little capital. As facebook’s user base soared, it didn’t even have a business model to monetize its services. Today it is valued in the billions. Often times companies will require larger capital investment later in their growth cycle rather than early on.

A Nepal that helps entrepreneurs start with Rs. 5 lakhs and build companies that create $2 million in value is ultimately better for economic growth than a Nepal that makes an additional $2 million because of an investment threshold. At Biruwa Ventures, entrepreneurs have been able to comfortably start new technology companies with less than Rs. 5 lakhs. Some of these companies have grown out of our space, and gone to generate more revenues and provide additional employment. Even traditional businesses are changing their business models. Outsourcing, a major catalyst to India’s growth started with business process outsourcing at smaller amounts and eventually grew into an industry. Being able to start small and grow is critical, especially for Nepal.

Setting a FDI limit is maintaining a static view of enterprise growth in a changing economy. The changing growth cycle of companies also means that the capital requirements might come much later in a company’s evolution than at the beginning. Therefore, it is inaccurate to treat start-ups and technology companies with the same requirements as traditional enterprises such as hydroelectric dams or cement factories. Nepal must encourage policies that allow investors to participate in smaller amounts, give companies the flexibility for their business models to evolve rather than create regulations that limit their choices.

3. Innovation is Occurring Between Sectors

In the proposed policy draft there is a minimum $2 million threshold for agro-based processing enterprises, hotels must be 3 stars or greater for investment, and R&D has investment and ownership limits. This type of differential regulation sends the wrong signal and fails to acknowledge that innovation is occurring between sectors.

We consulted a coffee entrepreneur who produced his second harvest with good market review of his beans. As his plantation grows, he wants to create other revenues streams to minimize seasonal risk and sole dependence on coffee output. We suggested a small hotel where people can enjoy the ambience and learn about coffee. Wine vineyards have a similar business model. A foreign investor is more likely to be familiar and interested in this dual business model that operates between sectors – coffee and tourism. But differential regulation across sectors limits the entrepreneur’s ability to experiment, innovate and grow.

Similarly, we have met entrepreneurs that seek to innovate on technologies to improve agricultural productivity. For example, technology to electronically tag and breed better goats or technology to build low cost refrigeration to store dairy products. These innovations seek to solve critical gaps by working across sectors, require small amounts of capital to test and prototype, and must have the flexibility to access and leverage a foreign knowledge base. The proposed policy will limit Nepal’s ability to innovate and improve the productivity of our industries.

4. SME as a Growth Sector

There is a strong held belief that bigger is better for Nepal. The reality, however, is larger foreign investors that the proposed policy favors view Nepal as too risky for large investments. In fact, the SME sector employs more people, promises the greatest economic growth and requires smaller pools of capital.

SME’s particularly in agriculture sector are ones with poor access to finance. While the access to debt-capital from financial institution is restricted due to substantial collateral, accounting and formal proposal requirements; equity investments could be a preferred option to share risk and bring expertise. However, the proposed investment threshold dictates a $200,000 investment, which would unnecessarily over capitalize their operations.

If foreign investors are more inclined to invest in SMEs especially when the local banking system isn’t ready to then the FDI policy should acknowledge and help bridge this gap rather than aggravate it. Furthermore, an entrepreneur should not have to take more investment than his enterprise demands just because a policy dictates so.

Close 1,000 Nepalese population leave daily for employment opportunities abroad. Others go for educational opportunities. It is a fair to assume a significant number will not return to Nepal. The Nepalese diasporas will have gained knowledge, skills, built financial resources and a strong network. Nepal’s economic and FDI policy should seek to harness this opportunity.

A Nepali working abroad wanted to return to build up the hospitality sector in western Nepal. He was originally from this region saw potential. He had a courageous vision to open a hotel management school that also provides hotel services in western Nepal. After years of international experience in the hospitality sector he had also made friends who wanted to invest in his ideas. As the entrepreneur, more than the money he wanted people in his network to bring their expertise. However, even the current threshold of Rs. 50 lakh per investor limited his ability to raise the required funds as no single investor could meet the threshold.

The government and the private sector is urban centric and limited in its ability to build new enterprises. If an entrepreneur seeks to take the risk to develop his region and has found investors to help his pursuit then the FDI policy should help advance this vision rather than limit it. A favorable regulatory and investment climate is essential to go from brain drain to brain gain.

The global economy is witnessing the impacts of “crowd-funding. This financial innovation diversifies risk and leverages networks across borders. On the other hand, the proposed FDI policy by creating a $200,000 threshold is restricting investment opportunities to individuals and institutions with large amounts of capital. Such a policy ultimately restricts market competition that is essential for long-term growth and innovation. The proposed regulation means that a single investment of $200,000 is better than a hundred at $100,000 ($10,000,000). It will take a number of years for an interested investor to save $200,000, and by that time the individual’s risk profile is likely to change.

Without managing political and market risk, and an assurance on investments, and clarity on how to exit investments no foreign investor, big or small, will be interested in Nepal.

Other issues that were collectively raised during the policy discussion were: